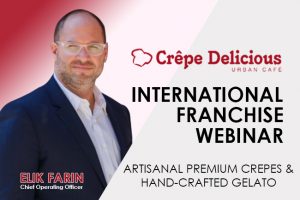 About Crepe Delicious:A revolution in QSR industry, Crepe Delicious is the world’s largest and tasted growing creperie and gelateria franchise.Famous for its artisanal premium crepes & handcrafted gelato. Crepe delicious is a proven international concept, operating in nine countries.Opportunities exist globally for franchise partners with a passion for fresh and healthy food… and profit! 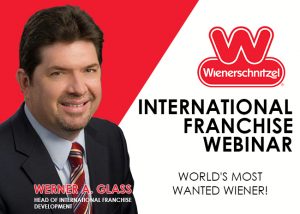 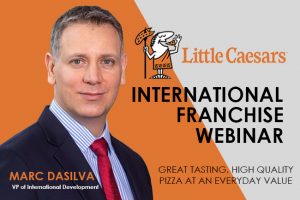 About Little Caesars: From a single store to a global chain, Little Caesars Pizza charted a path to global success starting in 1959 when founders Mike and Marian Ilitch opened their first restaurant in Michigan. By 1962 the brand began franchising, and by 1969, it went international. Today, the brand is the third largest pizza chain in the world and there’s no denying that Little Caesars® Pizza is doing something right. Little Caesars has become a household name and is currently operating in 26 countries and territories worldwide with aggressive expansion plans to bring the iconic pizza brand to more countries within the Middle East and beyond. With restaurants on four continents Little Caesars Pizza is known for its value, convenience and its quality tasting pizzas and has been named “Best Value in America” for 13 years in a row. 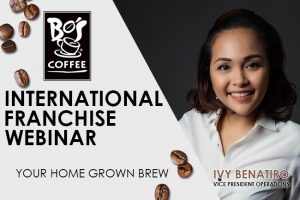 About Bo’s Coffee: Bo’s Coffee is a Philippine Coffee Chain that aims to highlight, expand and serve Philippine Coffee globally through international expansion. Bo’s Coffee has more than 100 branches including Qatar as our first Global Franchise. Every cup of Bo’s Coffee celebrates and supports Philippine brew by using local beans from key coffee growing regions including Sagada, Mt. Katinglad, Mt. Matumtum, and Mt. Apo. Each coffee flavor profile has a distinct taste that truly epitomizes the rich diversity of their geographies. 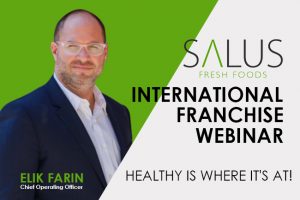 About Salus Fresh Foods: The concept is simple; Fresh, simple and delicious ingredients, great value and a fast-efficient way to get you meal. We make our food from scratch and the customizable offerings never need labels, what you see is what it is. They are either fresh or simply prepared for quality, nourishment and flavour. We want our guests to feel welcome, get a great meal and be on their way quickly. Whatever you are doing, we want to be there to serve something tasty, quick and affordable. 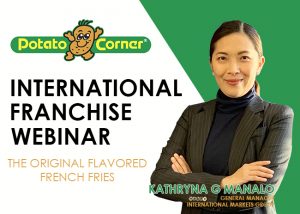 About Potato Corner: In 1992, Potato Corner was brought to life by a group of young friends who wanted to have a food cart business in order to afford mobile phones. After just one year, the humble food cart expanded into franchising. This enabled the hyper-growth expansion of the business: from small carts to in-line stores found in almost every high-trafficked location – malls, schools, hospitals, bus stations, amusement parks, and tourist destinations in multiple countries. From a humble food cart, Potato Corner became one of the biggest Filipino franchise in the world.